This specific manuscript was written out in 1965.

If you check out where “Desolation Row” ranks in the Dylan lexicon, it is rated in the top five on many lists. On some it is ranked higher than “Times They are A Changing,” “Don’t Think Twice,” “Blowin in the Wind.” “Hard Rain” is one of Bob’s early masterpieces where lines took on a poetic mantle, but it is “Desolation Row” with its sophisticated, sprawling, majestic, overarching, literary imagery that forever cemented his legacy as a poet. In the Dylan lexicon “Desolation Row” enjoys the same place as “The Wasteland” in the lexicon of T.S Eliot’s work.

Many still consider “Highway 61 Revisited” his crowning achievement. It was publicly released at the end of August 1965 and opened with “Like A Rolling Stone.” Opening with that track required it to end with something equally as powerful, though in a different vein. There was only one song that could fit the bill,“Desolation Row.” 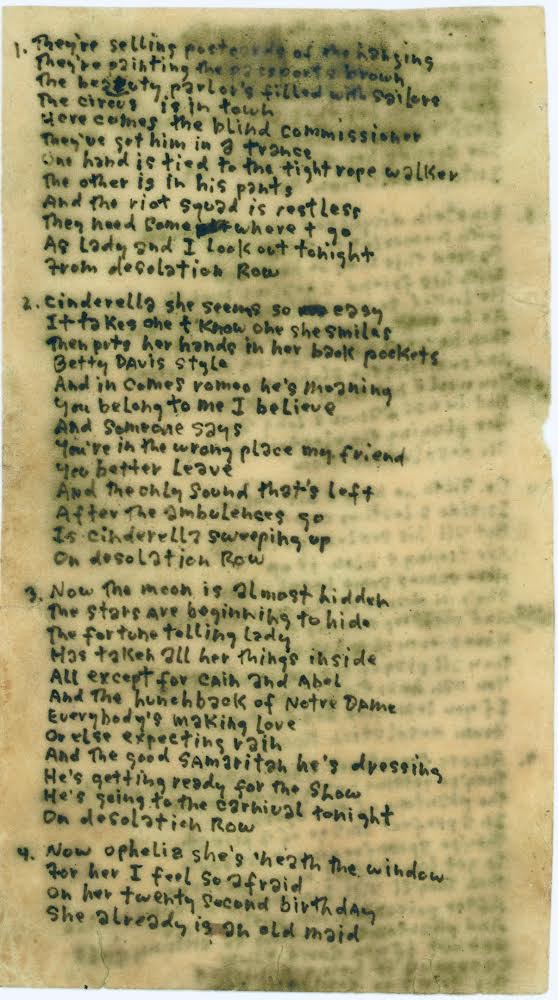 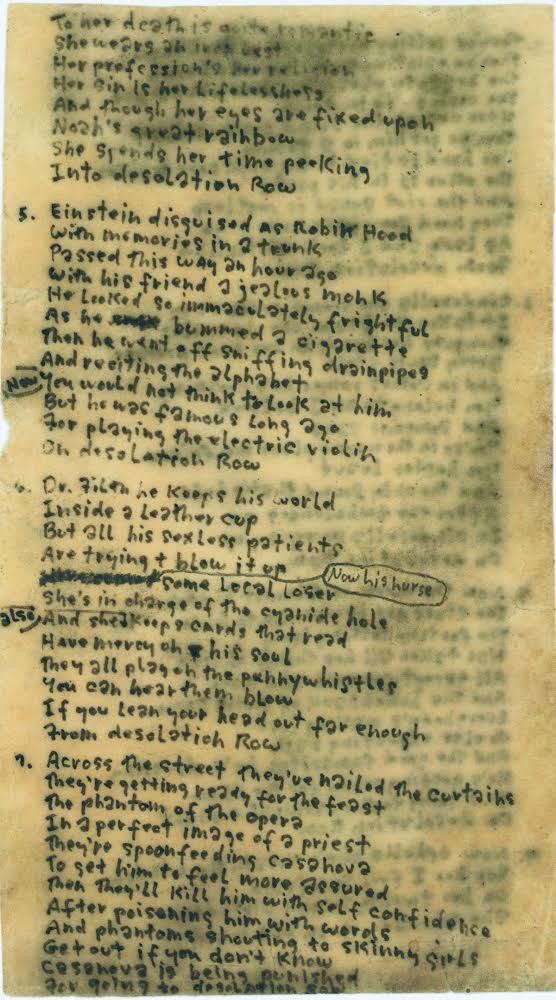