”Stride Toward Freedom: The Montgomery Story”.

Dr. King’s first book was published in 1958 when he was only 29 years old. The book provides a moving account of successful nonviolent resistance in the 1955-56 Montgomery, Alabama bus strike amid the burgeoning civil rights movement. Here, Dr. King puts pen to paper to powerfully document in his own words what is single-handedly one of the most important moments in civil rights history, when Rosa Parks refused to surrender her bus seat in Montgomery, Alabama. Handwritten manuscript reads in full,

”Only E.D. Nixon the signer of Mrs. Parks bond – and one or two other persons were aware of the arrest when it occurred early Thursday evening. Late in the evening the word got around to a few influential women of the community, mostly members of the Women’s Political Council. After a series of telephone calls back and forth …

they agreed that the Negroes should boycott the buses.

They immediately suggested the idea to Nixon and he readily convened in his usual courageous manner he agreed to spearhead the idea. Just before calling me Nixon had discussed the idea with Rev. Ralph…” 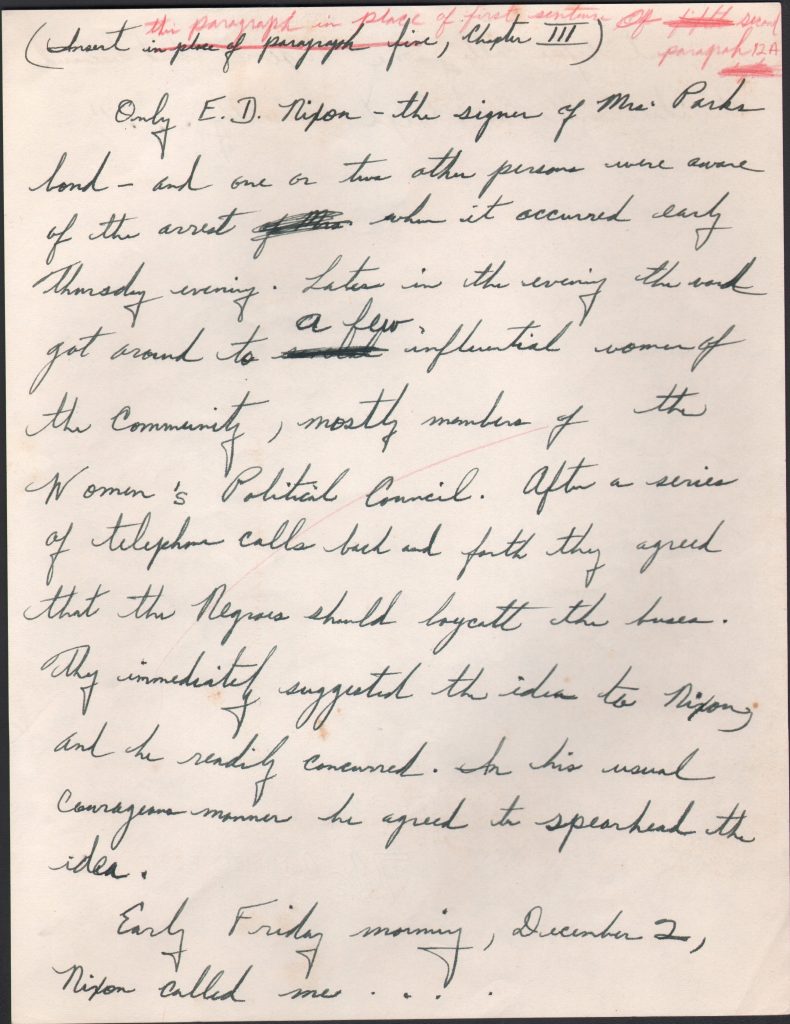 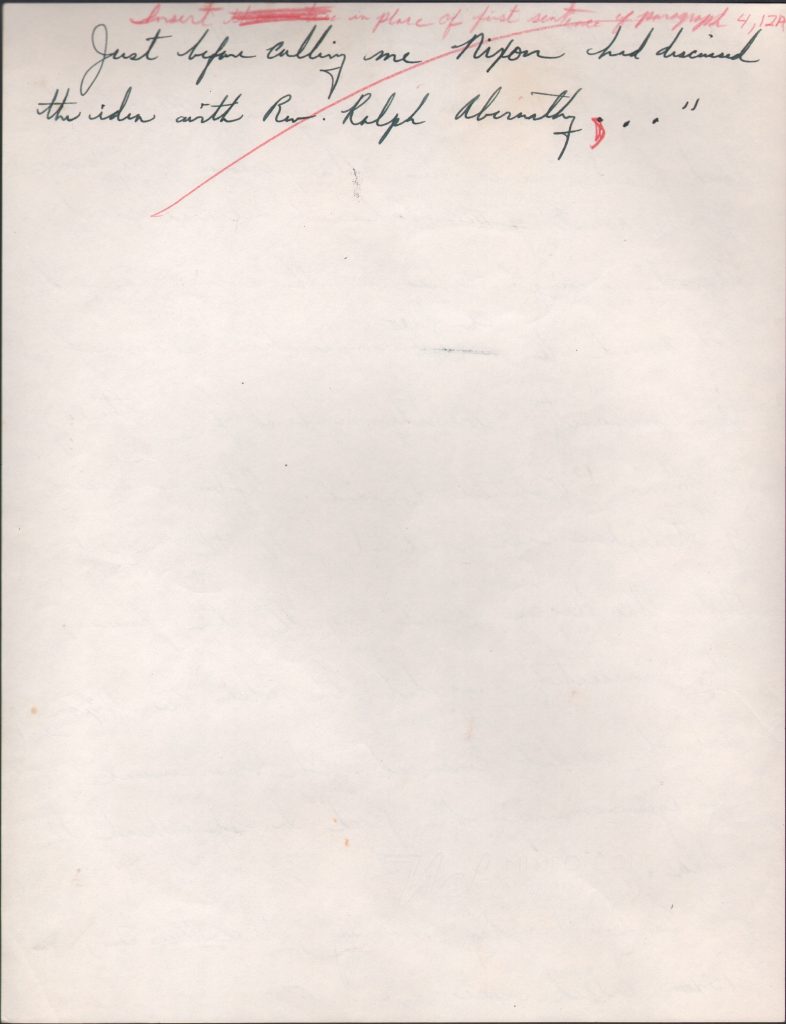