Moments in Time’ s President, Gary Zimet, has announced that the record album Double Fantasy by John Winston Lennon autographed for Mark David Chapman prior to Chapman’s assassination of the legendary Beatle is being offered for sale once again. The album, originally acquired by the gentleman who found it in the front gate flower planter outside the Dakota, home of the late John Lennon in 1980 was made famous when pictures of Lennon signing the album for Chapman appeared in the newspapers and on TV stations around the world. A Beatle fan all of his life, this gentleman wrestled for 19 years before coming to the decision to sell the album. The album was sold to a private buyer in 1999 by Moments In Time Inc and is now being offered once again exclusively here. The album bears the signature of John Lennon and is dated 1980. The cover and dust jacket contain forensically enhanced fingerprints of Chapman. This piece of crucial evidence against Chapman was turned into police and then returned to the owner with a letter of extreme gratitude from the District Attorney. “We are very excited to bring such a historically significant piece to the market”, said Bob Zafian, spokesman for Moments in Time and agent for the seller. “I have never come across a piece with such provenance; police reports, fingerprint documentation, letters from the District Attorney, it goes on and on”. 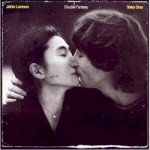 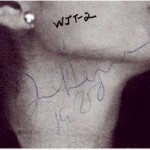