Freud first discusses, to a fellow doctor, “The Id” and it’s connection to ‘sex appeal’:

“…The idea of a trinity, composed of ego, nature and mother identification, is untenable? The Id includes this and other valuations in itself…”
“To characterized the Id by means of the summoning of the ‘sex appeal” is quite unscientific, too much of a concession to slang…”

He then corrects the doctor’s previous statements about consciousness:

“ … this part becomes, under the influence of the outer world, imbued with consciousness. This is at least unclear. Consciousness is the result of movement of the outer layer; no matter if this happens from the outside or inside…it represents consc. Sanity reason. But consciousness cannot be meant in this sequence, it is not a quality like prudence and others. It is no hindrance that the unreasonable also becomes conscious….”

‘the superego acts unconsciously;  No, not always, not necessarily. Pangs of conscience are after all not unconscious…’

“To mention the condit[ional] reflexes is totally non-psychologically misleading and superfluous. Does the Dostoevsky episode deserve a place in an elementary introduction”

Freud adds a paragraph at the end of the letter discussion Jakob Wassermann, saying that has not checked the essay about him thoroughly, but it does not seem to fit into an introduction to psychoanalysis:

“…By the way, as a writer I don’t hold W in so high regard. I also know of him that his attitude towards psychoanalysis is almost hostile, so he does not anticipate anything about the latent significance of his production … “

He ends by remarking that he writes introductions reluctantly:

“…I generally believe that a book should stand on its own merits. Reviewing the sample I do not have a clear idea of your lectures…” 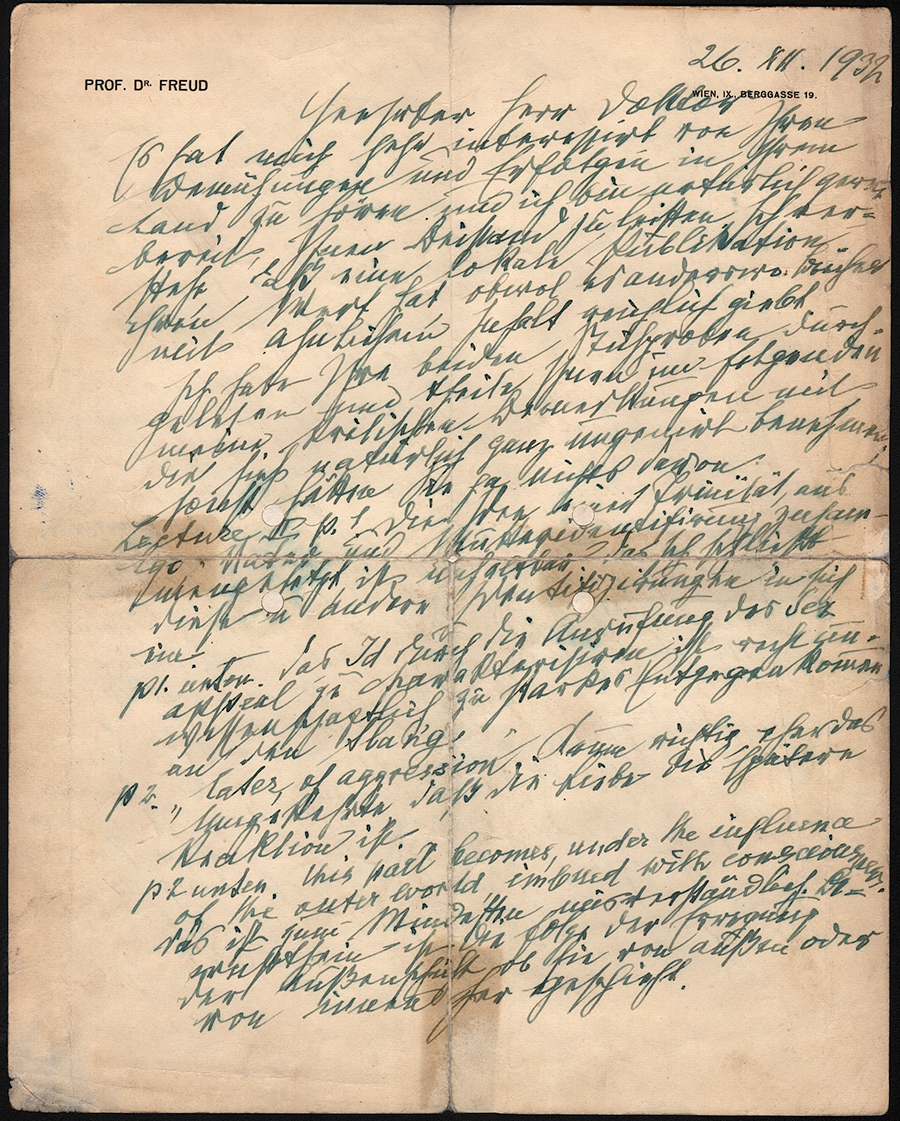 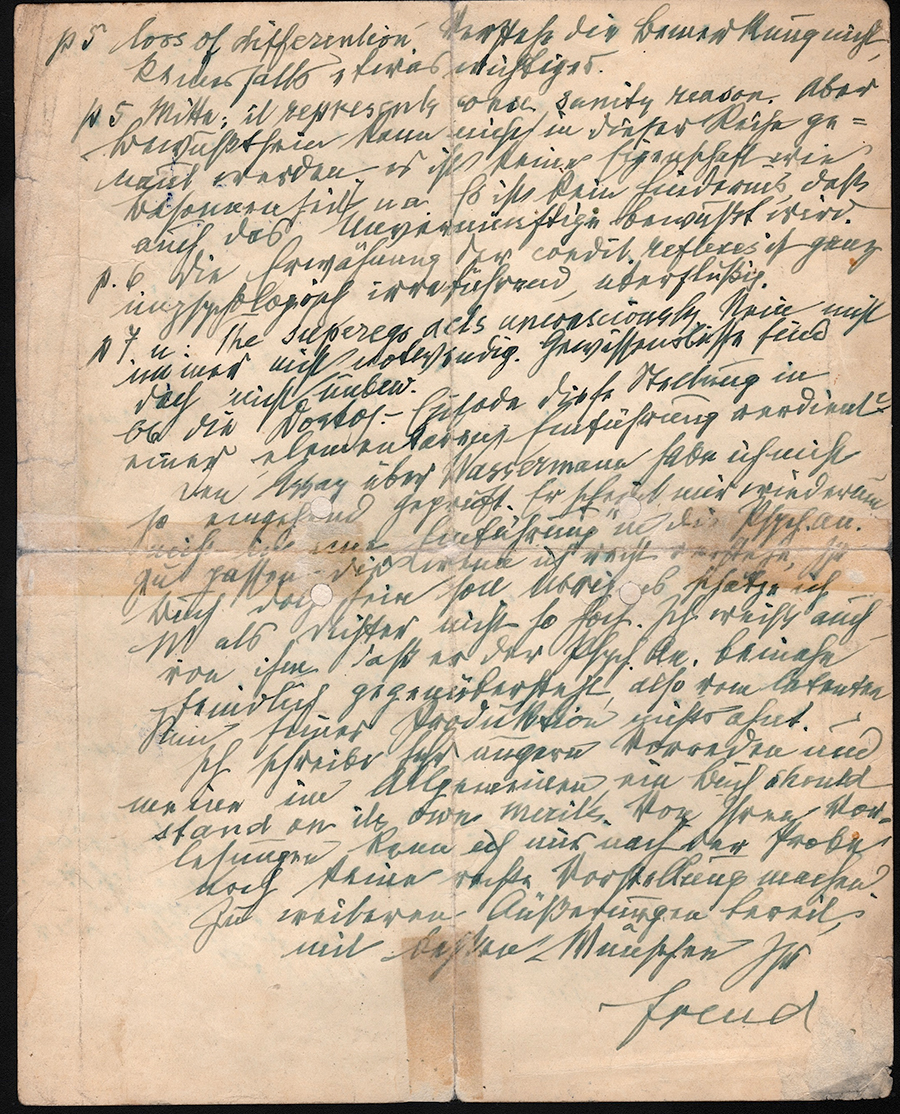