(1564-1642)
The father of modern mechanics and experimental physics
Italian astronomer and mathematician and physicist
Professor of mathematics at Padua (1592-1610)
Improved the refracting telescope (1610) and was the first to use it for astronomy.

THERE EXISTS ONLY FOUR KNOWN EXAMPLES OF THE HANDWRITING OF GALILEO IN THE WESTERN HEMISPHERE, THIS RECEIPT IS USUALLY REFERRED TO AS #1,  AND IS THE EARLIEST KNOWN (Padua, Italy, April 19, 1595)

On the fifteenth day of March 1595 in Padua by the present writing, I, Luigi de la court, name myself true and legitimate debtor of Signor Galileo Galilei, mathematician for one hundred three scudi four lire*,  for the account which I owe him for the payment of the room and board that he has consigned to me and my servant by past promises and sworn oaths which oblige me to pay for all his good and tranquility and in reliance on the truth written and undersigned.  The present [writing] is valid as of my own hand.

Galileo has penned a two-line endorsement beneath de la Court’s signature, which states:

On the 13th day of April 1595,  I, Galileo Galilei have received from the above mentioned Mr. Luigi forty scudi of seven lire**. 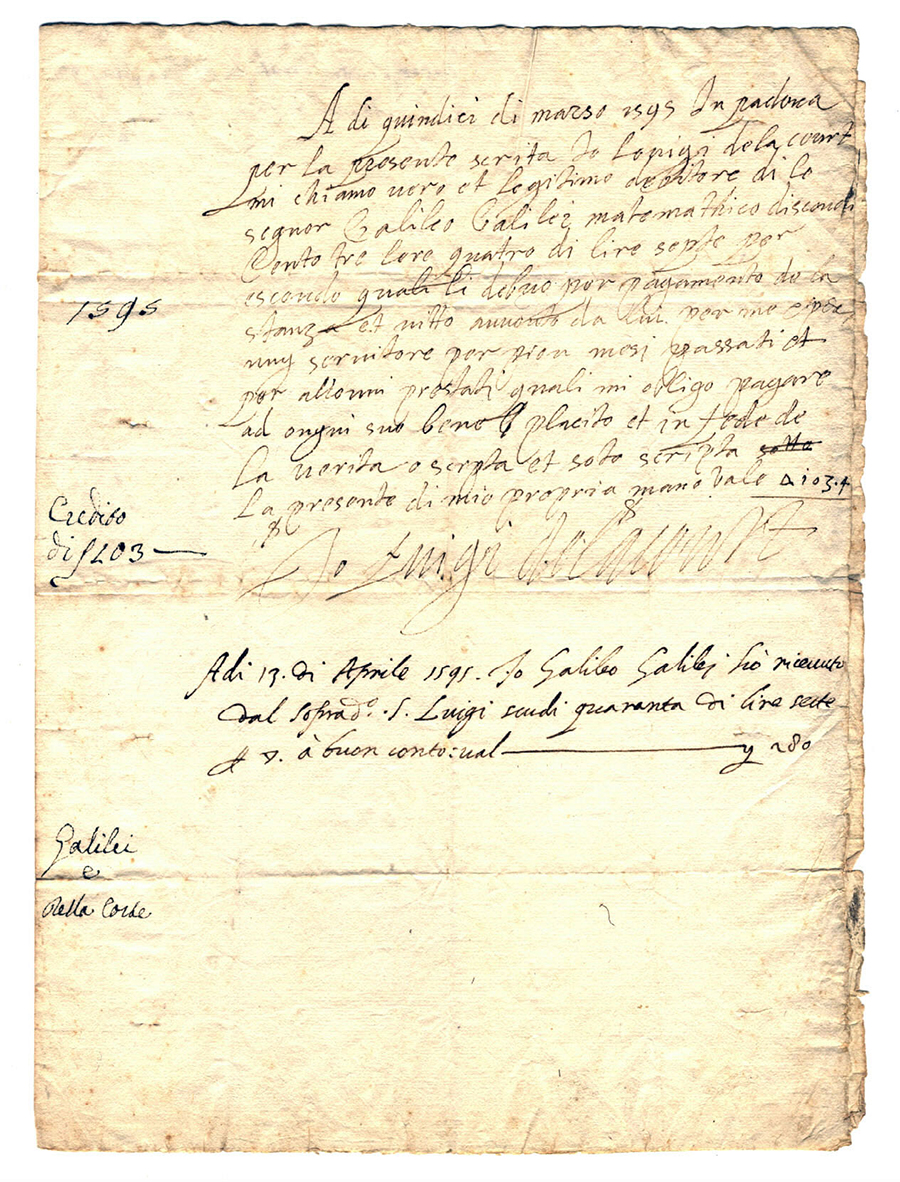